Is a Master of Legal Studies Worth It?

Is a Master of Legal Studies Worth It? 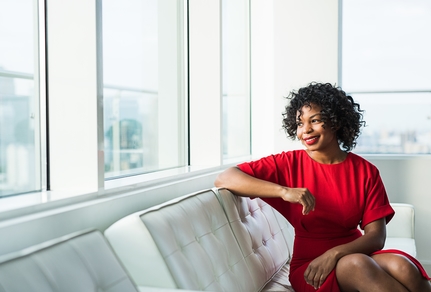 If you’re considering earning a Master of Legal Studies (MLS), you probably have one question in the back of your mind: Is an MLS worth it?

Frankly put, that is one of the most common questions individuals who consider earning any advanced degree ask—of themselves, of their network, and of the admissions team at the university they’re thinking about applying to.

The reason they ask the question is clear: If they’re going to put in the hard work, time, and monetary investment, they want to ensure that the end result is going to be worthwhile. If the answer is, “No,” why earn the degree?

Even if you’re not asking that question directly, it’s likely that the other questions you are asking work indirectly toward the same idea. Maybe you’re wondering about the kinds of jobs common for Master of Legal Studies graduates. Perhaps you want to know about average salaries or pay raises MLS graduates receive. Or maybe you’re curious what actionable skills the degree will give you that you can put to use in your career.

Of course, the fact that the Master of Legal Studies is a relatively new, emerging degree compared to other, more traditional law degrees makes these questions even more salient. (And then there’s the fact that it can go by different names at different institutions—like Master of Science of Law, Juris Master, or Master of Jurisprudence—which only adds to the confusion.)

Unfortunately, the answer to the question, “Is a Master of Legal Studies worth it?” is not clear-cut, because it largely depends on the individual student and his or her motivations for pursuing the degree.

To answer this question, you first need to identify your motivations:

Once you have a firm understanding of the motivations that led you to consider earning a Master of Legal Studies, you can begin to piece together an answer and determine whether or not earning a legal studies master’s degree would be worthwhile for your own unique goals.

Who Is an MLS Best Suited For?

According to Dan Urman, director of the Northeastern School of Law’s Online and Hybrid Programs, the Master of Legal Studies was created for individuals who tend to work closely with the law and would benefit from having an increased knowledge of the law, but who don’t intend to become practicing lawyers.

These individuals tend to work in highly-regulated industries like finance, healthcare, biotech and pharmaceuticals, and government operations. They may interact with the law or with lawyers, but they themselves don’t need the specific three-year, full-time training to become a licensed attorney.

What Other Options Are There?

For individuals who are, in fact, interested in becoming practicing lawyers representing clients, other law degrees like the Juris Doctor (JD) are likely to be more relevant. Though there is some similarity between an MLS and a JD, they are very different degrees with very different requirements, courses of study, and career paths.

What Are the Benefits of Earning a Master’s Degree in Legal Studies?

For the right individual, earning a Master of Legal Studies can bring with it a number of very attractive benefits. Some of the most valuable benefits that MLS graduates walk away with are:

Of course, the exact benefits that an individual takes away from earning a Master of Legal Studies will depend on the individual, their career aspirations, and the specific organizations and industries they work in. Below we take a closer look at some of the most common benefits of earning your MLS.

Even if your goal is not specifically to move up the ranks into a position of higher authority, earning a Master of Legal Studies can help you achieve increased job security by making you more indispensable in your current position.

In addition to helping you better understand how the law and regulations impact your organization, department, and industry, MLS graduates learn a number of very important, highly valuable skills, including, but not limited to: